City Girl Going Back to London 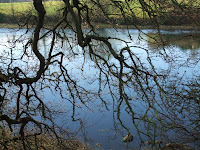 I'm leaving Cornwall after two weeks of non-London life. I'm quite ready to return to my urban lifestyle. I've loved my long walks with Ester, but I generally like city living. It's been great to have a break from London, particularly all the cars. It takes about 7 minutes to get to the awesome footpaths in Penryn. We don't have those in London.

Human history is deep on this island. I appreciate it in the city, where the odd plaque stating who lived at this address in the 18th century makes me smile. But when I leave the city, I pack my US perception of 'the country', of the wild. I 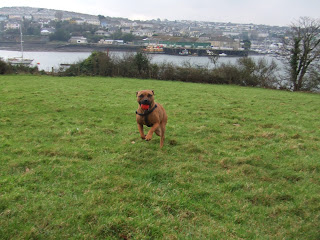 try not to romanticize wilderness in my explorations of geography and conservation. I'm not a John Muir style absolutist. But there's no denying that roaming the woods of Georgia, exploring caves in Missouri, and getting lost along coasts, deserts and forests of the West has fostered in me a desire to escape human influence in the wild. As I walk and walk and walk with Ester, I feel myself looking for that sort of solitude, that level of escape, with all its challenges and threats. But this land is conquered, domesticated.

What's survived is amazing and a testament to land stewards on this island. But I have to consider what's been lost as well. I do that with thoughts of Georgia's deforestation. I think of California disappearing under concrete. North America is just one huge island. With ever increasing population and industry, I wonder how we're going to avoid domesticating our diverse wildlands. England is beautiful, but I want California wild, not divided by hedgerows. 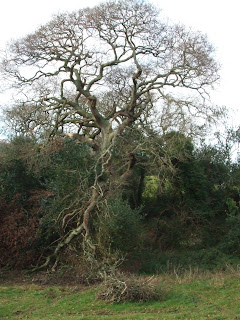 right. I devoted myself to urban habitat restoration and the density of the UK was a pull for me to study here. There's some nifty stuff here. And seeing winter has been great. (But it's cold as fuck now and I've had enough. Winter be gone. Please.) This rain rich region certainly held greater diversity in the past. I find myself wondering to what degree we'll follow that same pattern of biodiversity loss in the US, in the world.

I hear we might see oil rigs off the Cali coast in as few as three years. Really? That just sounds like a crazy continuation of a deadly cycle to me. I've started thinking of the world in terms of human created hazards lately. I might map it but it would take a bit of research and I theoretically have papers to write so don't hold your breath. But basically I was thinking of the world in terms of paved areas, massive waste sites, mines (think mountain top removal), dam reservoirs, desertification, deforestation, etc. Basically, mapping large scale land scars. With hyperbole. For now it's a head piece.
Posted by rachel kesel at 6:10 AM

simon schama (of the bbc, a historian) has a programme on bbc iplayer called the american future or something similar (we just watched an episode last night & it reminded me of you) - it's about looking at how america is rapidly running out of water & going back to history, to early 19th century when there was a massive move from the east down west & it was all very much about conquering and dominating nature (it really grazed my ears as im reading bookchin at the moment) - colorado river is apparently disappearing big time... there was a guy you may have heard of called john wesley powell who was totally against desecrating the nature and had devised an irrigation system which uses the natural resources in a complementary rather than any other way etc... phew that was a long ramble x

hey lili! i should check that out. water in the west is one of my strongest interests and i write about it a lot here. tho' not so much since i'm in england. the colorado is the ultimate example of our horrible management of water.

JW Powell is a conflicting figure. he was an imperialistic force of manifest destiny. and a racist. but there's no doubt that JWP's study of western rivers was a first realistic glance at our water problems in the arid west.

Hi Rachel,
been enjoying your blog for a couple of months now - it's been heartening and not a little inspirational.

Thought I'd post a couple of things. If you're interested in the history of the British countryside, a brilliant, if a little dry, book is the history of the countryside by Oliver Rackham. As much as I would love Britain to have wilderness areas to rival those of other parts of the world, we simply don't. We have to look for small mercies in the adaptation other species have managed to make in our presence, and the interplay between humans and nature. Hopefully America won't reach the same stage in managing its landscape so completely.

As you mentioned John Muir, have you read his 'My first summer in the Sierra'? I read it a long time ago, and I hope sometime to be over that way and be able to see at least a little of what he saw. Anyways, there's a rather lovely digitised version here, along with his other books - http://www.archive.org/stream/myfirstsummerins00muirrich.